How Bucks Lake came to be 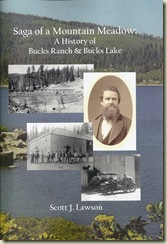 Plumas County native Scott J. Lawson edited several "Images of America" books on the region and has now produced "Saga of a Mountain Meadow: A History of Bucks Ranch and Bucks Lake" ($19.99 in paperback from Old Mountaineer Publishing). With over 180 historical black-and-white photographs and maps, Lawson traces the development of the Bucks Valley region west of Quincy and how the need for power led to the creation of Bucks Lake in the 1920s.

The author will be appearing at Lyon Books in Chico for a book signing on Wednesday, June 11th, at 7:00 pm.

Lawson writes that "soon after the first gold miners struck rich diggings" on the East Branch of the Feather River's North Fork "at Rich Bar in 1850, Horace Bucklin, Jesse Healy, and Francis Walker took up a land claim in Bucks Valley, about eight miles by steep and winding trail south of that fabulous find. Their mountain valley was the most practical stopping place and grazing area to be found near Rich Bar. Soon, though, Bucklin moved on to Nelson Creek and other diggings, leaving behind his nickname 'Buck' on the valley."

Images show the "Oroville-Quincy stagecoach parked in front of the Bucks Ranch Hotel in 1896" and an advertisement for Bucks Ranch in 1900 offering "saddle horses and teams to let." It wasn't until 1908 that the first automobile chugged through the Valley. Bucks Ranch had numerous owners, including Wheatland cattleman David N. Jones.

"In 1925," Lawson notes, "Robert Storrie and Robert Muir purchased the Jones estate and other properties at Bucks and formed the Feather River Power Company. Their ambitious plan was to build a dam at the outlet of the valley to create a reservoir that would help supply California's ever-increasing demands for hydroelectric power. Despite the remote location and often primitive equipment of the time, in an amazing three short years their vision was realized. Connected with the Bucks Creek Powerhouse at Storrie in the Feather River Canyon, Bucks Lake entered the hydroelectric arena." Eventually P.G.&E. bought the powerhouse.

"Saga" is an essential guide to the almost forgotten past of an unforgettable place.

Posted by Dan Barnett at 6:51 PM No comments:

Though Linda Peelle-Haddeman of Paradise has been at sundry times an English teacher and an actress, her real love is libraries, and she's worked for the Butte County Library and now for the Bayliss Library in Glenn County. Her new novel, "Sylvia's Book" ($18.65 in hardcover from Stansbury Publishing in Chico) by Linda Kathleen Peelle, tells the romantic tale of 18-year-old Sylvia Hill who is also a lover of books (and opera).

Though written in the third person, the story makes it clear that this is Sylvia's work, and thus the reader can forgive the rather exuberant if naive optimism expressed by the main character and her tendency to find "the moral of the story" in every experience. After all, she tells us herself that she has been born "with an unusually philosophical nature."

The novel begins in London on Sylvia's eighteenth birthday, toward the very end of the nineteenth century. Her father Elbert, a businessman, is scheduled to sail to Manaus, Brazil, to examine the rubber plantation near the Amazon and to report back to a group of potential investors. But when Sylvia's mother suddenly dies, Elbert can take comfort only in Sylvia's presence. "His grief broke through and he cried, in great wrenching sobs that shook his whole body--this man who had not cried since he was a little boy. Sylvia cried with him, putting her arms around him, able to think of nothing except her loss."

Thus begins a new chapter in Sylvia's life and she accompanies her father on the trip. On board she meets a young missionary doctor named Richard ("like a big brother"). She also meets the manager of an opera house who is on his way to Manaus and then, after disembarking, she is charmed by the "young and very talented tenor, Angelo Rossini," and falls head-over-heels in love with a womanizer.

Eventually she says to herself, "I'm ready to take back my life. The man I loved was not real. He was just an image." After her father's investigation proves dangerous (he survives a gunshot) the two escape to America, symbol of opportunity and a fair reward for hard work. Sylvia at last finds true love based on real friendship. Just what the doctor ordered.

Posted by Dan Barnett at 6:49 PM No comments:

Chico author's life through the eyes of his favorite truck 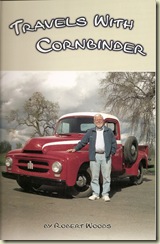 Robert Woods and his wife Wanda make their home in north Chico now, but Woods, a retired science teacher and Naturalist/Interpreter for the U.S. Forest Service, loved to roam. Encouraged by the Writers Group of Chico Prime Timers, Woods has published an account of his travels that is gentle, good humored, and told in part by his truck.

Says the truck: "Although I was manufactured for sale in 1953, my first recollection is from the autumn of 1960 when Bob and Lea Woods purchased me for $450 in Yreka, California. They anticipated a move and needed a vehicle with some hauling capacity. Though I'm only rated as a half-ton pickup, I'm quite well built, and have overload springs and a Barden bumper with a very substantial trailer hitch. My paint job at that time was rather dashing, with most of me a bright International red, trimmed with ivory white."

Bob called his truck, made by International Harvester, "Cornbinder." In "Travels With Cornbinder" ($15 in paperback from Cornbinder Press) Woods and Cornbinder alternate in telling the tales of a family that included Lea (who passed away in the 1990s) and their four children. Wanderlust gripped Woods. From Idaho to Portland to Willow Ranch (in Modoc County) to Many Farms, Arizona (where he taught Navajo students), to Susanville (where he taught prisoners) and to Forest Ranch, Bob and Cornbinder tell the story of a teacher in love with the great outdoors.

One spring morning, after Woods had accepted a teaching job in a two-room school at Sawyers Bar ("a remote settlement on the Salmon River in the mountains of western Siskiyou County"), he and Lea were sitting on their porch sipping coffee when, as Cornbinder tells it, "a stranger suddenly appeared. A young black bear had entered their front yard through the open gate. . . . The scrawny appearance of the animal indicated that it needed food, so Lea hurried to the freezer. . . . She found a steelhead trout about two feet long, and offered it to the visitor who willingly accepted the treat." No one was harmed.

Cornbinder, now restored, has been in the family for 45 years. The truck is in it for the long haul, and so is Woods.

Posted by Dan Barnett at 5:46 PM No comments: 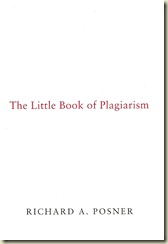 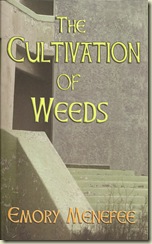 Author Emory Menefee, now approaching 80, lives with his wife Josephine in Richmond, California. Though he received a doctorate in physical chemistry from MIT, and has published dozens of research papers, "The Cultivation of Weeds" ($11.95 in paperback from ExPress, available at www.emenefee.com) is his first novel. One of his children, longtime Chico resident Lisa Menefee Baker, wrote me about the book and noted that her parents were frequent Chico visitors.

A strange complacency came over me, probably because my orange juice was spiked with the drug misamine, and I agreed to do a review.

I'm kidding, actually, but such a chemical does play a significant role in this novel of the near future. Young Carl Grendil, social misfit, is drugged into the SOS, the super-secret "Soldiers of Sacrifice," a Division of Intelligence-sponsored "revolution in American soldiery" whose purpose "is to insinuate themselves closely enough to an undesirable opponent to introduce an armament of lethal and microscopic weapons." The miniature "neurobots" penetrate the victim, lodge in the brain, and produce a painful death seemingly from natural causes. Enemies of the US simply drop from the scene. The SOS operative is sworn to escape undetected or to commit suicide. Better this than a massive and unending war such as the US tried to fight in Iraq.

Carl's mother, Lyn, is strikingly beautiful and increasingly estranged from her husband Ed, a former physics professor made rich through his invention of the so-called "F-chip" which, implanted in computers sold to other countries, would undetectably "phone home" to US intelligence officials. Ed's partner in the development was the paranoid Robert Sikes, one of the founders of the SOS and its headquarters in a privately-owned "ring of mountains" in Northern California.

Ed is the likely presidential candidate of the popular "Reform Party," which called for "nearly all the government functions that had been privatized in recent years to be restored under a new kind of government control," namely the users of the services themselves. The entrenched powers in Washington called it "socialism." The current President of the US wants Sikes to use the SOS to eliminate Ed, and therein lies a tale of sex, violence, death, and the lesson Carl learns from weeds. Fun stuff. Would you like some orange juice?

Posted by Dan Barnett at 6:43 PM No comments: