Laughter on the Pacific Crest Trail 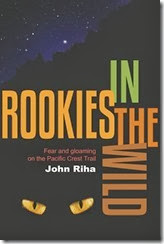 “I’ve always been into writing, nature, and some form of carpentry,” writes Ashland, Oregon-based John Riha. Wooden you know, he saw trees aplenty when he and one of his sons, 17-year-old Nick, spent several days hiking the Pacific Crest Trail in the Trinity Alps Wilderness of Northern California.

They turned out to be “Rookies In The Wild” ($6.99 in paperback from RT3 Media; also for Amazon Kindle) as they confronted, as the subtitle puts it, “Fear and Gloaming On The Pacific Crest Trail.”

“Gloaming” means “dusk,” and the pair—well, mostly John—were pretty much in the dark on the trek, John convincing himself they would be lost forever, mauled by bears or eaten by cougars or devoured by mosquitoes or fall off a cliff or twist their legs. John managed to do the leg twist while Nick remained laconic most of the time, but in a father-son bonding sort of way.

The first third of the book is the story of the hike’s preparation. It’s a hilarious romp through sporting goods stores as John buys up enough equipment to hike the entire 2650-mile PCT. A compulsive worrier, he buys the finest, whether it’s bear spray or backpacks. After all, he’s 56, “past the warranty period. I was wearing out, and my time horizon shortening.”

Fear of big cats drives him on. He even fishes out the old Buck hunting knife purchased long ago. “Basically unused for two decades, I had kept it around partly out of nostalgia and partly on the premise it might come in handy if intruders should enter the house in search of mismatched pieces of furniture, which we had in abundance.”

Losing his job as a journalist actually left John with more time to buy more stuff, like tents and trekking poles, and so one fine day he and Nick drove the rented Ford Explorer up Forest Highway 93 to where it crosses the PCT. The adventure had begun.

There are serious sections, like chapters on Douglas-fir and another couple’s cougar encounter, but self-deprecation runs amok (along with a raft of good-natured expletives) to make for a laugh-out-loud tale. Riha’s a talented writer, and his hiking days are not yet over. 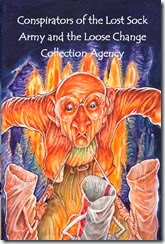 Let’s say you’re kind of an over-the-hill old guy, something of a grouch potato, who one day reaches down for a fallen remote only to discover he has found a leprechaun instead, and that the old guy, Robert Pendleton, has been pretty much picked to save the wee folk. That’s the setup of a new tale from the prolific Dan O’Brien (thedanobrienproject.blogspot.com), a story aimed at the kid in all of us.

“Conspirators Of The Lost Sock Army And The Loose Change Collection Agency” ($7.95 in paperback, self-published, also in Amazon Kindle format) is profusely illustrated by Steve Ferchaud, who in a succession of wonderful drawings turns a sourpuss Robert into an adventure hero.

The leprechaun is not just any leprechaun. “I be from another world just outside the one you know, a place of magic and wonder.” Robert can hardly keep from laughing because it must be the wildest of dreams. Or maybe not.

“I be much more than a mere common leprechaun, ye oversized oaf. I be Colin McMasters, director of the L.C.C.A. And that be nothin’ to laugh at.” The organization turns out to be the Loose Change Collection Agency, supporting leprechauns all over the world as they raid couch cushions in order “to be fundin’ our pots-o-gold.”

But the leprechaun world has been invaded by the Scourge, a diminutive but fearsome gremlin who has put together an army made up of (as the book’s title says) all those lost socks we can’t seem to find. Robert is stupefied: “You want me to believe that there is a conspiracy involving a gremlin that steals socks from random dryers in order to build an army to destroy all of the leprechauns.” Yep. And don’t forget, adds Colin McMasters, “steal our pots-o-gold.”

Just how Robert enters the leprechaun sprite-world is best left to the story itself, but until the very end Robert is convinced that it’s “just an elaborate dream … it would be best just to enjoy it.” That’s what readers can do as well. The Scourge is pretty mean (and utters one darn cuss word) but it’s clear that the old man has quite the fight left as he socks it to ‘em. 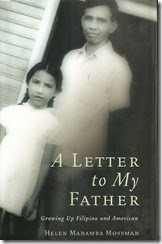 "My father was a Filipino," writes Helen Madamba Mossman, "and my mother an American. I was born in the Philippines in 1933 and lived there until I was twelve years old." Her family, including her younger brother, "spent World War II in hiding from the Japanese on the island of Negros." Helen's father, Jorge, "was a second lieutenant in the United States Army Reserve as well as a member of the Philippine defense force."

His actions in sheltering his family and directing the bands of "guerrilleros" on the island were heroic, but, when the family came to the US in 1945, Helen "abandoned my father emotionally when the war ended." Only with the passage of time has she come to make sense of her estrangement and embrace not only her mother's strength but her father's intelligence.

The story is called "A Letter To My Father: Growing Up Filipina and American" ($24.95 in hardcover from University of Oklahoma Press). Jorge attended Oklahoma A&amp;M College where he met Iva Harrison. The two married in 1927. Jorge returned to Negros while his wife finished college and joined him in 1932.

Central chapters of the book recount four years of war. "In January 1942," she writes, "Japanese bombers sank a US Navy munitions ship that was hiding out during daylight hours in Miracalum Bay. My brother and I were building sand forts along the lagoon behind our house that morning. . ... We saw the propellers whirring and felt the vibration of their engines on the sand beneath us. The red circles on their wings left no doubt what country they represented. ... The planes buzzed low over our beach, then flew over the ridge in Miracalum and we heard the booms of exploding bombs."

The Philippines surrendered that year; "my father was one of the last officers in his unit to leave the northern Negros cadre. With many of his men, Dad took to the hills." Mossman's story of survival is harrowing. Much later, after living in Oroville during the Vietnam War, she came to terms with the memory of her father after "nearly a lifetime of locking him away behind an emotional door down a long-forgotten hallway of my mind." She could finally say, "Thank you, Dad." 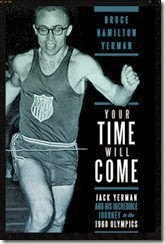 The Wikipedia article on Jack Yerman notes that the retired high school teacher, who lives in Paradise, "played football for Berkeley in the Rose Bowl." An extraordinary achievement, considering his origins. "When Jack was born on February 5, 1939, his father ... sat behind the bars of the Butte County Jail--the family guesses it was a fight, or maybe he was drunk, or maybe he owed someone money, or maybe it was everything. The hospital clerk in Oroville wrote 'Common Laborer' on the birth certificate."

His mother, Irene, divorced him soon after. Jack grew up in Woodland. "Mom and Gram had pooled their resources to purchase a small, one bedroom home for $500" and that was home to Irene, Jack and his sister. "Jack never heard the words I love you in his home. He did not know that other mothers cradled their children and read to them before bed." Yet Jack wanted something more, and the dream became clear. He wanted to run. "Something inside said, Your time will come."

Just what happened is told by one of his sons, Bruce Hamilton Yerman, in "Your Time Will Come: Jack Yerman And His Incredible Journey to The 1960 Olympics" ($11.99 in paperback from Lulu.com; also available in ePub digital format--for details, visit bhyerman.wix.com/books).

Bruce Yerman has done readers a great favor in setting his father's story (including his courtship of Margo) into historical context. The book contains an extensive bibliography and a selection of photographs. Jack Yerman made news not just as a football player but as a runner. The story of the preparation for the 1960 Olympics in Rome comes from interviews with Jack, and it was clear that the U.S., locked in heated rivalry with the Soviet Union, did not do well by the American athletes.

Nevertheless, in spite of having to fly to Rome in a prop plane (officials took jets) and attacks of dysentery because of the water, a weakened Jack Yerman pulled it off. He and teammates took home the gold medal in the 1600-meter relay. During his running career Jack set world records in the mile and two-mile relays, indoor 400-meter short track, and more.

For those high schoolers who wanted to know whether the stories Jack told were true, they are.