Suspense fiction from a Willows writer 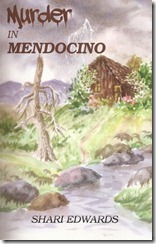 Newspaper columnist Shari Edwards, in her debut novel, tells the tale of Julie Morgan and her younger sister, Ann, who have returned to their rural Northern California hometown of Crowville to sift through their mother's effects. Julie, now in her early thirties, discovers an old newspaper story about a gruesome murder. She read the story as a little girl, the headline a shuddery memory: "Local Child's Body Found In Shallow Grave Beside the River." The child, Julie found out later, had lived in Crowville.
Now here was the old article, only this time with annotations from Ann and Julie's mother. There was a phone number, the names "Zac" and "Officer Jennings," and two places: Casper, Wyoming, and Alamosa, Colorado. And at the bottom of the article were the chilling, handwritten words: "Killer never found?"
Frightening events begin to terrorize the two women almost immediately as they clean their parents' old house to ready it for sale. Are those crunching sounds in the gravel outside just imaginary? That shadow by the window--real? But the note on the kitchen table is very real indeed. "Get out of town," it says, "or you will end up like they did."
"Murder In Mendocino" ($10 in paperback from Stansbury Publishing; available from Lyon Books in Chico and also from the author, SHASHANEE@aol.com) introduces the reader to Crowville's police chief, Sam Davis, his wife, Madge, and a handsome man in a silver Jaguar who turns out not to be a nemesis but a Denver detective, Will Jamison. Julie and Ann become convinced that their mother's death was no accident, and their father's death some years earlier in a hunting accident--well, that was no accident, either.
Even as the little group tries to unravel the mystery of the deaths of Charles and Beth Morgan, and that little girl so many years ago, death stalks Sam Davis in the form of Phillip Stone, Madge's nephew. He had escaped from a psychiatric hospital for the criminally insane in Alamosa, Colorado, and had vowed to get his revenge on Sam, who put him there. Will had come to California to bring him back. But Phillip had died in a recent car accident in Mendocino, his body burned beyond recognition, right? Right?
"Murder In Mendocino" reveals all and, at the end, the reader can begin to breathe again.
Posted by Dan Barnett at 9:00 PM No comments:

Thoughts of Maine from a Northern California poet

Marilyn Ringer spends summers on Monhegan Island in Maine welcoming the dawn. According to a biographical note, she writes there "with a group of women who are artists, teachers, Gestalt therapists, and gardeners as well as writers." Ringer "has been a chef and restaurateur, a poet-teacher with California's Poets in the Schools, and a teacher of adult creative writing workshops."

She's gathered thirty-seven of her evocative poems, many of which appeared in literary journals, in "Island Aubade"

($12 in paperback from Finishing Line Press, www.finishinglinepress.com). The dictionary defines "aubade" as a "morning love song" or "a song or poem of lovers parting at dawn."

As the poet says in the title piece, "Let other mornings exalt themselves with portent's light, / and giddy eddies of anticipation. // Let other mornings sing of legendary heroes, of battles won, / long removed from the bloody cost. // Let them speak for the tilted earth as it chooses its inclination. // Give me this morning, this morning of waking into a breeze / of birdsong that buoys me up, // out of the heavy sea of sleep, out of the fog of memory. ..."

Ringer will be reading her poems, and signing copies of her book, at Lyon Books in Chico on Tuesday, August 21 at 7:00 p.m.

The surroundings awaken in the poet a sense of something about to break into consciousness. In "Night Ocean" the poet sings, "Muted and vast but not without voice: / rush of eddies, wave whisper, whale song. // Beneath the surface the dream floats, / suspended in such uterine sounds. ...."

The poems weave daily life, presence--and absence--into the island's natural rhythms. "I live on an aura's edge," the poet writes in "From The Periphery," "that prismatic in-between / of color and light; sometimes I am invisible / even to myself. // In this place I walk the dusty road / and navigate the island trails / unusually alone, // a comparison of loss: the old way / forever relinquished, the new / not fully born. ... // I dip into the salty hue breaking the line: / this side of air, that side of water; / this side of now, // that side of forever and after. ..."

Alan Finder details the options for self publishing in The Joys and Hazards of Self-Publishing on the Web.
Posted by Dan Barnett at 6:18 PM No comments:

Dave Kilbourne, between the covers 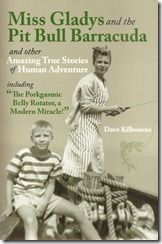 The same guy who opened up Pyromania Tallow Works in Chico way back in the last millennium, the same guy who became the Executive Director of the Downtown Chico Business Association, the same guy who wrote a Northstate Voices column in this newspaper for a year, this same guy has crammed as many of his (more or less) true stories as possible into a volume with the unlikely title of "Miss Gladys and the Pit Bull Barracuda and Other Amazing True Stories of Human Adventure" ($14.95 in paperback from Flying Pig Press, www.flyingpigpress.net).

Kilbourne owes his inspiration to his jobs (Forest Service Lookout Tower Operator, Wrangler of Rattlesnakes, school psychologist); his "eccentric" father (Chamber of Commerce leader and pyramidologist); his saintly mother ("Gladys" of the title) and Great American brother (Dixon Roy Kilbourne); his daughter Savannah ("Miss Awesome Face," "the finest daughter in all the land"); and his love of brew--so much so that his "16-Step Method for Writing a Simple Story" mentions the Sierra Nevada Taproom ("The Church of the Holy Nectar") at least seven times. He's a proud graduate of Beer Camp #69. He writes his stuff near the pizza oven.

Kilbourne will be signing copies of his book Tuesday, August 14 at 7:00 p.m. at Lyon Books in Chico. Look for a forthcoming interview by Nancy Wiegman of Nancy's Bookshelf on KCHO (Northstate Public Radio, 91.1 FM); the archive is found at kchofm.podbean.com.

The author is enamored with contraptions, like "Uncle Bubba's Electronified Pork-Pulling Machine, a Modern Miracle!" or the "Porkgasmic Belly Rotator." (His fixation on pigs comes from his early "farmer boy" days. He referred to his pet pig, Barker, as "Little Mr. Pulled Pork Sandwich.") The book contains historical photographs to prove everything, though the story about the farmer's wife and her own appropriation of the "Hog Joy" unit is told with, shall we say, a sense of delicate restraint.

What You Need To Know If You’re Self-Publishing

The Executive Editor of CNET, David Carnoy, has a current and comprehensive post, 25 Things You Need To Know. It’s worth a careful read.

Posted by Dan Barnett at 2:30 PM No comments:

Note To Readers and Writers 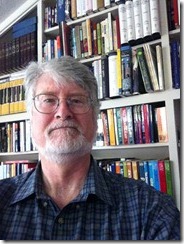 Thanks for visiting my blog as I “muse” on some of the latest book offerings!

In the days ahead I hope not only to continue offering reviews of books with a Northern California connection, but to add additional reviews as well.

Publishing is going through a sea-change: Bookstores are faced with major challenges, e-book sales now make up a significant percentage of all books sold, and self-publishing has lost its “vanity press” stigma. One can hardly keep up with all the changes.

I’m asked frequently how one might go about publishing a book in this new environment, so as I come across helpful links I’ll pass them along here. Readers these days often become writers.

That’s something to muse about!

Posted by Dan Barnett at 2:26 PM No comments:

Email ThisBlogThis!Share to TwitterShare to FacebookShare to Pinterest
Labels: note

A story of emotional healing from a Redding novelist 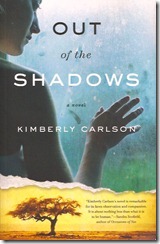 Tired of mooching off her friend Lily, Jamie Shire determines to leave Grass Valley and find a life, if not fame and fortune, somewhere else. She winds up in the Sonoma area working for a mysterious millionaire philanthropist, Akasha Duval, at Duval's Fallow Springs mansion. Her job is to research causes that Duval might support. Akasha is beautiful but aloof, frequently gone from the estate, giving Jamie precious little guidance.

There are others caring for Fallow Springs. Beah is an older woman, Ana someone of few words, and Zahir tends the garden. As the story unfolds, so do the lives behind the names. Some have been physically mutilated and all have suffered terribly, including Jamie, whose daughter Clara was killed before birth by her father. Santos is in prison and Jamie, 27, is mired in regret and resentment.

In "Out Of The Shadows" ($14.95 in paperback from FirstSnowPublishingHouse.com) Kimberly Carlson mixes the intensely personal with Jamie's growing involvement in movements to stop genocide on the African continent. It's the Bush era, and Western eyes seem blind to the what is occurring a world away. Carlson herself, who has taught creative writing at Shasta College, is a member of "Genocide No More--Save Darfur."

Carlson will be talking about her writing, and signing copies of her book, at a free literary event tomorrow night at 7:00 p.m. at Lyon Books in Chico.

Jamie journeys to the refugee camps in Chad and falls in love with a doctor volunteering there. "Thad had a way of filling all my empty spots. When I was around him, I was consumed with desire and fulfillment at the same time. ... Thad was my Humphrey Bogart in Casablanca, my Ralph Fiennes in The English Patient. I was a woman with Thad. ..." Jamie, addicted to films, sees her life as if it were scenes from her favorite movies. Only later does she realize that she might write her own script, become her own director.

But that will require Jamie to confront the unsettling truths she discovers about her family. And the heartbreaking mistreatment of powerless humans haunts her and inspires her to make a difference. Ana, smelling of "peppermint and yeast," has a severed tongue. Will Jamie speak for her?