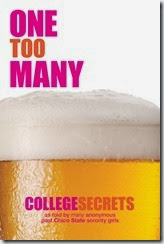 "I have so many fond memories of attending Chico State," writes Michele Schlueter "Shleets" Smith. "From sorority socials, to road trips, to hanging out a Riley's and deciding if I wanted a burrito or piece of pizza at 2 a.m. when the bars closed. The only responsibility I had was to get my butt to class--I did however work part-time, volunteer and ended up being President of my romper room sorority. Not exactly the real world, especially when you can schedule your classes around Days of our Lives and the bars (Tuesday nights were 'Buck Nights' at Riley's and Thursdays were beer specials at the Bear)."

Smith and eight other sorority sisters contributed anonymous chapters to a new book she edited, "One Too Many: College Secrets As Told By Many Anonymous Past Chico State Sorority Girls" (from mcompublishing.com, the Website address of Smith's independent publishing company). The writers, says the publisher, have produced "a funny, raunchy, enlightening and nostalgic book for those who have walked the walk."

Eleven chapters look back at Chico State University in its party-school heyday, full of a host of embarrassing moments, crazy roommates, and frat boys too full of themselves. Along the way there is some "I was there" advice, about "Boys, Bong Loads and Booze" (Chapter 1) and "Sleeping with a Stripper is Never a Good Idea" (Chapter 9).

Several activities show up throughout the chapters, including "barf" (5 times), "throw up" (twice) and "puke" (once), thanks mostly to beverage overindulgence. There's also a lot of hot sex, and even a few short-lived marriages out of the deal, but mostly sex is mentioned but not pursued. It's the girl bonding that takes the limelight here, and frat boys are mostly bad news.

"Attending Chico State," one contributor says, "was a moment in my life I wouldn't trade for anything. You are away from home, in the middle of nowhere and there isn't much to do except party with your friends and occasionally open a book and study. I am conflicted because as a parent, I would never, ever want my children to attend Chico. However, I really want my kids to build those memories in their young adult years at such an amazing college." 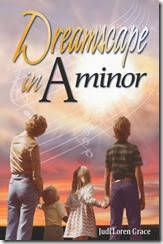 In her first book, "The Third Floor," Chico businesswoman Judi Loren Grace told her own heart-wrenching story, "forced to relinquish an infant as a teen mom." Her new book is about loss as well. "Dreamscape in A minor" ($19.95 in paperback from Jetstream Publishing, jetstreampublishing.com; also available in Amazon Kindle format) is the story of Jeff, "my second son, the oldest of the three children whom I had the privilege to raise. This is about a lost life, one that fell through the cracks."

The book is written to Jeff, a long letter of love from a mother who didn't understand, or wouldn't accept, the warning signs. "I'm bringing my son back to life," Loren Grace writes, "for you to get to know and love as we, his family, did. Jeff died too soon, far too young, leaving an unfinished life."

"He left no note," she continues, "but as I look back I realize that in his own way, he did say a proper goodbye. Here is the story of our family--the joy and grief, the anger and love, the frustration and pride, the comedy and tragedy, the laughs and tears, and the coincidences and memories that follow. The conflicting emotions and apparent inconsistencies in this story are the twenty-four year aftermath of living with Jeff's suicide and my father's connected death."

A section of family photographs suggests nothing amiss, adding to the poignancy of the story, recounted in sometimes searing detail as the author attempts to make sense of Jeff's death at twenty-one.

"My son," she writes, "you seemed so hostile and explosive, whether with anger or laughter, that you'd think any mother would know their child is losing their grip on sanity. Your highs and the lows began to get closer together as the rest of us went about our daily lives, expecting and waiting for you to do the same; waiting for you to snap out of it and get on with your life." It was not to be.

A presentation and book signing will be held at 7:00 p.m. on Thursday, November 21 at Lyon Books in Chico. There will also be a signing Saturday, December 7 at 1:00 p.m. at Satori Color and Hair Design, Broadway and 7th St. in Chico. 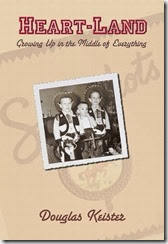 "I was born," writes Chico author and photographer Doug Keister, "in a working class neighborhood in Lincoln, Nebraska on June 14th, 1948 and remained there for the first two decades of my life." His parents had three children, all boys.

In nearly two dozen deftly-written chapters Keister recalls his life in "kiddom." By turns witty and poignant (and embellished just a bit here and there), the book highlights young Doug's unceasing curiosity (except for girls--ugh!) and will rekindle fond memories of that long-ago time when "Father Knows Best" reigned supreme.

The TV show "featured a Midwestern household composed of Jim and Margaret Anderson and their three children with pet names: Princess, Bud and Kitten. With the possible exception of Bud, everyone in the program was PERFECT. Our parents would sit us in front of the television hoping that somehow we'd absorb at least a smidgen of the Anderson family's aura, but alas, we did not." Good thing, though; otherwise young Doug wouldn't have explored explosives with his Gilbert Chemistry Set.

To this day Keister, the self-described "effervescent eccentric," loves "the smell of gasoline" because it meant getting away. "Nebraska is one of those states that is memorable for how long it takes to get through. There are few significant changes for its entire length, unless you count the different colors of grasshoppers splattered on your windshield."

Don't forget Jell-O, "the universal solvent. Midwest mothers fabricated a number of congealed concoctions using Jell-O as the base. These creations were used to surreptitiously transport vegetables into our developing bodies."

Chapters toward the end of the book introduce a sober reality--JFK's assassination was "the end of our childhood"--but also the "obsession with weather. ... Nebraska has real weather, often two or three seasons in the same day." Doug weathered his kidhood, and his book is a delightful look back.

Keister will be signing copies of "Heart-Land," and many of his other books, this Thursday at 7:00 p.m. at Lyon Books in Chico.

The Book In Common: War's aftermath 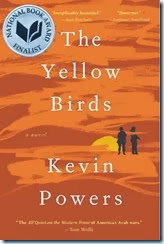 An author's note says Kevin Powers "served in the U.S. Army in 2004 and 2005 in Iraq, where he was deployed as a machine gunner in Mosul and Tal Afar." A Virginia native, he was the Michener Fellow in Poetry at the University of Texas at Austin.

His novel, "The Yellow Birds" ($14.99 in paperback from Little, Brown and Company/Back Bay Books; and in Amazon Kindle format), is the searing tale of John Bartle, fighting in Northern Iraq, pledged to help his buddy Daniel Murphy, just 18. Bartle was asked by Mrs. Murphy to keep her son safe. "I promise," he said. "I promise I'll bring him home to you."

It didn't work out that way.

Part of Bartle's story is what happened in Iraq, yet afterward, what does it mean? For him, life has only "an undetermined future, no destiny, no veined hand reaching into our lives, just what happened and our watching it."

Bartle, now in his thirties, is looking back. He was a 21-year-old going to war. Bart and Murph work closely together under the watchful eye of Sergeant Sterling, also young, and for a while, it seems, all three would survive. But it doesn't work out that way.

Bartle remembers Murph as still a kid, joking around. "I remember that part of him fondly, before he was lost, before he surrendered fully to the war, twisting through the air, perhaps one beat of his heart remaining as they threw his tortured body from the window of the minaret."

The great irony for Bartle is that he is welcomed home to high-fives from his friends. His words are laconic, but his thought-life troubled. "I feel like I'm being eaten from the inside out and I can't tell anyone what's going on because everyone is so grateful to me all the time and I'll feel like I'm ungrateful or something. Or like I'll give away that I don't deserve anyone's gratitude and really they should all hate me for what I've done but everyone loves me for it and it's driving me crazy."