Author of "The Shack" coming to Chico 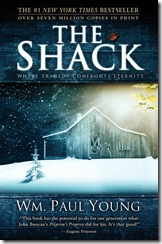 A speed reader whipped through Tolstoy's "War and Peace" in just a few minutes. Startled, a friend said, "Wow! That's amazing! So what's the book about?" "It's about Russia," replied the speed reader.

I didn't speed-read "The Shack" ($14.99 in paperback from Windblown Media) by Wm. Paul Young. Yet the visceral impact the novel produced left me tongue-tied as I followed Mackenzie Allen Philips ("Mack") into the old shack where his youngest daughter had been gruesomely murdered. What's the book about? Well, it's about God.

Young takes the reader into every parent's worst nightmare but also beyond. In Mack's experience the shack is transformed into a meeting place with the Trinity: Papa (an African-American woman), Jesus the carpenter, and an Asian woman, Sarayu (the Spirit). How can God love Missy, Mack's six-year-old daughter? How can God love the murderer?

The answers given in the book have spurred theological debate, but the encounter in the shack (dream? vision? reality?) has gained the story millions of readers. An author's note says that Young, a Canadian, was "raised among a Stone Age tribe by his missionary parents in the highlands of former New Guinea. He suffered great loss as a child and young adult and now enjoys the 'wastefulness of grace' with his family in the Pacific Northwest."

Young will be speaking at Chico State University's Bell Memorial Union on Saturday, May 8. Two presentations are scheduled, at 11:00 a.m. and 6:30 p.m. The event is described as nonprofit with general admission tickets priced at $12, premium seating $16, and students $8. Tickets can be purchased through the Chico State box office at (530) 898-6333 or through www.theshackchico.com.

Mack meets Sophia, "the personification of Papa's wisdom," and in an extraordinary sequence he accuses God of mis-judging the world. And so Sophia offers Mack the job. And yet "he didn't feel like a judge at all, but rather the one on trial." Sophia is "unrelenting. 'Isn't this where you are stuck, Mackenzie? Isn't this what fuels The Great Sadness? That God cannot be trusted? Surely, a father like you can judge the Father!'"

Mack confronts the nature of evil, his own soul's chaos, and what God's love cost. What becomes of The Great Sadness is the rest of the story. 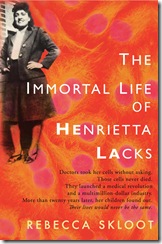 Since the 1950s, a line of cancer cells, dubbed "HeLa," has continued to multiply in cell cultures around the world. Normal cells die after a certain number of divisions, but HeLa cells are immortal; literally tons of them have been grown for research. They've been bombarded with radiation, shot into space, subjected to various drugs. They aided in a cure for polio. Millions of lives have been saved thanks to HeLa research.

But where did the cells come from, and what makes them unique? Science writer Rebecca Skloot determined to find the answers. She pieced together the story over the course of a decade and discovered an extraordinary tale of race, poverty, questionable medical ethics, and heartbreaking family tragedy. Her book, "The Immortal Life of Henrietta Lacks" ($26 in hardcover from Crown) is the deeply personal legacy of a poor black Baltimore woman, mother of five, who died of cervical cancer in 1951.

Skloot (RebeccaSkloot.com) will be speaking tonight at 7:30 p.m. in PAC 144 (Harlen Adams Theatre) on the Chico State University campus. Sponsored in part by the Humanities Center, the presentation is free and open to the public. A reception will follow at the Humanities Center Gallery, Trinity 100.
Before Lacks died, Skloot was told, "a surgeon took samples of her tumor and put them in a petri dish." Henrietta's cells "were different: they reproduced an entire generation every twenty-four hours, and they never stopped."

Henrietta's daughter Deborah, suspicious of reporters, eventually befriended Skloot, who writes that "Deborah was the soul of this book."

An entry from Deborah's diary imagines her mother's pain before she died: "Her in that cold looking ward at John Hopkin Hospital, the side for Black’s only, oh yes, I know. When that day came, and my mother died, she was Robbed of her cells and John Hopkins Hospital learned of those cells and kept it to themselfs, and gave them to who they wanted and even changed the name to HeLa cell and kept it from us for 20+ years. They say Donated. No No No Robbed Self."

Henrietta Lacks is buried in an unmarked grave, and yet she lives. Skloot's book is a mesmerizing account that restores the "self" that might have slipped away forever. 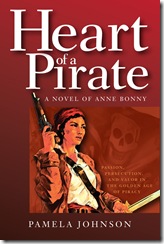 Memoir of a pioneer journalist and broadcaster from a Chico author 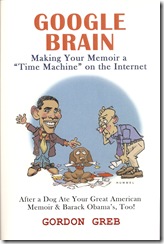 Chicoan Gordon Greb, blessed with good health and self-deprecating wit in his late eighties, is emeritus professor of the School of Journalism and Mass Communication at San Jose State University.

As a boy he wanted to be a cartoonist. As a young man he helped fight film censorship. As an older man he trained hundreds of students, practiced investigative journalism, quit smoking, toured China with his wife, Darlene, and indulged in a little Walter Mitty fantasy when a comely PBS reporter came to Chico a few years ago to feature him in an episode of "History's Mysteries."

Greb will be speaking Wednesday, April 14 at Lyon Books in Chico beginning at 7:00 p.m. He'll also be signing copies of his memoir, "Google Brain" ($19.95 in paperback from iUniverse).

Subtitled "Making Your Memories a 'Time Machine' on the Internet," the book's 32 chapters include links to songs (like "Who's Afraid of the Big Bad Wolf?"), films, interviews, columns by Greb, audio "actualities," and more. The "more" includes a YouTube video, "The Cold War Revisited - 1961" in which the author interviews a Russian girl about living in a society where the government spies on you. These links provide context for Greb's remembrances and are themselves collected online at dogatemymemoir.blogspot.com.

"Memoir writing," he writes, "is such a widespread and common affliction these days that it could easily be classified as some kind of disease." He adds: "I, too, am a victim of this Memoir Revolution. . . . Day after day I have had a persistent need to come clean, spill the whole works, and tell the world what normal people would only tell their psychiatrists." Greb divides the book into three sections. Growing up is the Id; his career takes him into Ego; and, as he reflects on his life, the Super Ego (conscience) helps readers connect with the man inside.

Greb is no stranger to strong liberal politics, yet his pointed observations are leavened with ample doses of humor, such as his diary of the life of an octogenerian. One entry reads: "7:30 a.m. Maybe one of us gets up. Then we spend a half-hour taking pills."

Want a fun book with some serious ideas? With "Google Brain," your search is over. 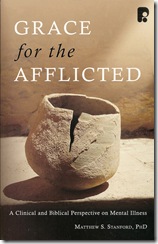 The Thursday before Easter is traditionally the commemoration of Jesus' "new commandment" to love one another "just as I have loved you." That love is to extend to those with mental disabilities, though more conservative churches have had an uneasy relationship with the approaches of modern psychology and psychiatry. A timely book provides context and practical advice in answering the question, "If God has placed a mentally ill person in your life and you in his or hers, how will you respond?"

"Grace For the Afflicted: A Clinical and Biblical Perspective on Mental Illness" ($19.99 in paperback from Paternoster Publishing) by Matthew S. Stanford notes that "Christians develop mental illness at the same rates seen in the general population, and admonitions such as 'You need to pray more' or 'This is just the result of a lack of faith' are ineffective in dealing with this problem."

Stanford is the featured presenter at the forthcoming Jesus Center banquet on Saturday, April 17 at 5:45 p.m. The fundraiser will be held at City Plaza under a large tent; the author will be speaking on “Viewing Mental Illness and Homelessness through the Eyes of Faith.” Tickets are available at the Jesus Center, 1297 Park Avenue in Chico or by calling (530) 345-2640. Tickets are $30 each or $200 for a table for 8.

Stanford (http://mindfulofgrace.blogspot.com) is a committed believer, Chair of the Psychology Doctoral Program at Baylor University and ministers to the poor who have mental illness in Waco, Texas. Though the Bible is clear that we live in a broken world, "an educated understanding of brain function and psychological dynamics is not contrary to Scripture. From this perspective it would seem obvious that clinical psychology is useful in helping the Christian struggling with mental illness to eliminate negative or destructive patterns of thinking and behaving."

The heart of the book considers mood and anxiety disorders, schizophrenia, eating disorders, ADHD, substance abuse, and more. Each chapter explains the disorder in simple terms and looks at risk factors, suggests what life is like for those who are suffering, then examines treatment options and what the Bible says. In dealing with those afflicted, Stanford's call is clear: "Will you love this person the way Christ loves you?"