"The Chico Police Department: The First One Hundred Years" 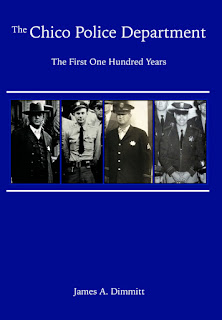 James A. Dimmitt knows Chico well. He now works out of the Sacramento area as Commander for the Department of Developmental Services in its Office of Protective Services, but served on the Chico Police force in a number of capacities including, as he writes, "SWAT, Use of Force Instructor, Critical Incident Stress Management team."

During this time he gathered historical materials to share with the Department, but "when Chief Mike O'Brien came in, I was asked what Chief number he was. Nobody knew. The small pamphlet ballooned into a much larger project" taking six years to complete.

The resulting book pulls together tales and tidbits, from newspaper accounts and official records, chronicling "The Chico Police Department: The First One Hundred Years" ($45 in paperback, self-published, available on Amazon). It is simply essential for Chico history buffs.

Each chronological chapter contains dozens, if not hundreds, of entries, showing over time the changing, and sometimes fraught, relationship the Department had with Chico, its citizens, and the press. "As the son of a newspaperman and a 'lawman' myself," Dimmitt writes, "I understand the delicate balance between the need to get the story and the desire to get the story right."

He adds that "I have done little to shade the past with the filter of modern-day political correctness.... Many of the stories contained herein are funny. Several are deeply tragic.... Unless you have worn the badge and lived that life, it is difficult to ever truly know the Chico where these officers live. Perhaps these stories will help provide a window into that world."

"The first Marshal in the Town of Chico," Dimmitt writes, "was appointed on 18 March, 1872" a month after Chico's incorporation. The need was great; there were a lot of saloons downtown and, as Michele Shover notes, "drunken brawls were common." Transients caused trouble and some were sentenced to chain gangs.

Marshal James O. Weed was joined by the town's first two police officers, Benjamin True and W.A. Taylor. Today, so many years later, "Weed" is still an issue, the Department endeavors to remain "True" to its calling and to "Taylor" its responses to the City's needs.

"Tomas And Vera: And Other Stories" 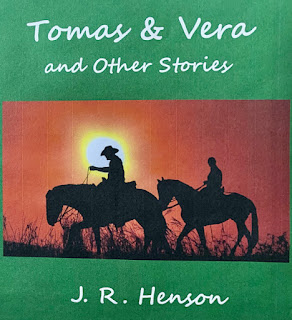 "Paradise will always be my hometown" writes J.R. Henson, though after displacement by the Camp Fire he is now living in Chico. Over the last few years, in "Reflections And Dark Truths," "Unseasonable," and "The Camp Fire: Dreams, Nightmares, Hopes," he has explored the contours of his life and what it means to begin again.

Now, with "Tomas And Vera: And Other Stories" ($10 in paperback from Valley View Press; available from Amazon), Henson enlarges his creative landscape with a series of tales and vignettes straight from his imagination.

The title story, he says in an introduction, was inspired by "a black and white picture of a man, dressed up and standing in a field of sagebrush and dirt." A friend had found the picture and sent it to Henson "as a challenge to write something about the character in the picture. A few moments later, after looking more closely, I had an eight-page story about the man, who became known as Tomas."

The story is a fitting centerpiece in the book. Tomas, having crossed the U.S. border, walking alone, not knowing where to go except onward, is picked up by a woman named Vera, who also speaks Spanish, as a likely prospect to work on her father's big ranch. He's hired, and later Tomas "rides out with Vera to the back forty. He closes his eyes as he feels the rhythm of the horse match his heartbeats. He can smell the dry grass whisper in the air, reminding him of his younger days as a boy on his grandfather's farm on the outskirts of Mexico City."

The two come across a group of squatters, and Tomas stays the night to make sure they leave. This does not go well, and Tomas almost gets himself shot. But something happens to save him and Tomas learns there is much more to Vera than meets the eye.

Henson has an eye for small things. There's King Amos the cat in "All Hail King Amos," and a dog on the hunt narrates "Obsessed." There are poems and stories about disappointed love, spiritual yearning, and "riderless horses" running free.

And so is the writer's imagination.

"The Art Of The Bird: The History Of Ornithological Art Through Forty Artists" 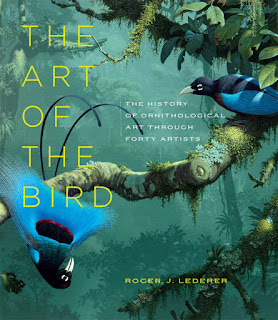 "In days past," Chico ornithologist Roger Lederer writes, "birds were considered both symbols and predictors of events ... doves are symbols of love and peace, owls of wisdom, storks bring babies and good luck, and ravens predict death." Drawings and paintings of birds in the sixteenth and seventeenth centuries in the West often reflected religious symbolism.

Lederer notes that today, with a growing interest in birds in their natural habits, they have become "our most apparent connection to nature. Their songs, their colours, their freedom in the air ... constantly remind us that there is a world external to the everyday one we live in." Some contemporary bird art is scientific, as found in field guides; some is intended to evoke emotion.

Lederer, professor emeritus of biological sciences at Chico State, captures the vast range of creation in "The Art Of The Bird: The History Of Ornithological Art Through Forty Artists" ($35 in hardcover from the University of Chicago Press; also for Amazon Kindle). It is a sumptuous coffee table book, stunningly beautiful in its many full-page reproductions. In ten mostly chronological chapters, Lederer begins with Flemish Baroque Artists (1580-1700) and concludes with living artists such as Raymond Harris-Ching and David Allen Sibley.

Along the way we meet John James Audubon (1785-1851), who "made bird paintings famous with his life-size prints of almost 500 bird species. These are realistic to a great degree, although Audubon worked with dead specimens that he shot and mounted in a wire frame, not always in the most natural pose." Edward Lear (1812-1888) "was born in London, the twentieth of 21 children ... the first major bird artist to draw birds from life instead of skins." He also popularized the limerick.

Roger Tory Peterson (1980-1996) created the modern field guide, drawing birds to show "the most important features for identification, now called 'field marks'" (something photography might not do as well). Chico's own Janet Turner (1914-1988) is also included; her "prints were all about mood."

Here is a book that will put readers in a celebratory mood and, with the rustling of each page, stir a sense of wonder. 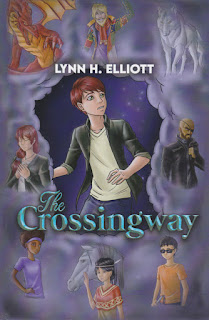 "What about my birthday party at the Redding Water Park?" Howell, about to turn thirteen on November 1, and who lives with his parents and sister in the town of Mount Shasta, will only slowly come to understand his part in a great transfer of power and consequent world-shaking events that will come right after his birthday.

He and his friends must battle the evil Drygoni who, says his uncle Tal, "dig deeper and deeper into the Safonals until they are possessed ... Painless and unnoticed...." Safonals are ordinary folk who have become "bullies, young and old; gossips who say hurtful things about others when gathered in grocery stores, churches, street corners, schoolyards or on Facebook; ... and, so many more."

In order to gain Doeth power Howell must come to a place where here and there meet. It's called "The Crossingway" ($12.95 in paperback from Austin Macauley, austinmacauley.com; also for Amazon Kindle), a cracking-good YA adventure from Chicoan Lynn Elliott, playwright, novelist and Professor Emeritus of English and Creative Writing at Chico State.

Elliott revels in language-play, bringing in, as he notes in an email, "Mabinogi, tales of hauntings from Spanish and Aztec, references to Haitian culture, haunted sites from Native-American culture" and more. In Welsh, "mabinogi" means "instruction for young bards." Howell's mother, Rhiannon, has schooled him in Welsh mythology. Her brother Tal's "real name," Howell says, "is Taliesin who was supposed to be some mystical Welsh poet and friend of King Arthur."

Howell is bullied at school by Bully Harold Bully, Pug the Pyro and Sloppy Jack, who call him "howl" (yelled howlingly).

When his mother mysteriously vanishes on a trip from Mount Shasta to New Mexico, Howell begins a mind-bending transmogrifying journey to rescue his mother, save Sister Sarah from evil Tommy Foxglove, and rout the bullies (who have multiplied and taken on new forms), aided by blind Leonel, a Latino, deaf Dazmonique, born in Haiti, Jimi One and Jimi Two (twins), and Native-American Dani Walks-Her-Pony. Each has a key part to play in helping Howell brave the tests he must endure.

Will Howell succeed? It all depends on the pronunciation of a word--and a little help from his friends.