"Negotiating Science And Religion In America: Past, Present, And Future" 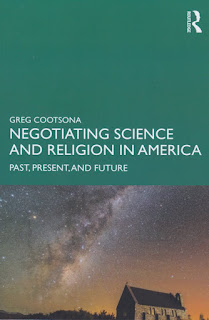 In the popular American imagination, Charles Darwin's "On The Origin Of Species" (1859) set up a rivalry--or even outright warfare--between science and religion that continues to this day. After all, evolutionary biologist Richard Dawkins penned "The God Delusion," and the late Christian law professor Phillip E. Johnson put "Darwin On Trial."

Yet, according to Greg Cootsona, Lecturer in Comparative Religion and Humanities at Chico State University, that story distorts the complicated relationship of science and religion in U.S. history and in fact masks a trend among "emerging adults" (those 18-30 years old) that may fundamentally change that relationship.

Cootsona's "Negotiating Science And Religion In America: Past, Present, And Future" ($44.95 in paperback from Routledge; also for Amazon Kindle), is intellectual history at its finest, taking readers through the changing understanding of "science" and "religion" as the U.S. has become increasingly pluralist.

In 1966 physicist Ian Barbour, who graduated from Yale Divinity School, proposed four ways science and religion meet each other. Yes, there has been conflict between the two, but also they've been seen as independent knowledge systems. At times they have been in dialogue with each other. And there is also the possibility of "integration."

Yet Cootsona writes that such a model no longer fits what is happening among emerging adults. Religion has morphed into "spirituality" (many who report no religious affiliation--the "nones"--consider themselves spiritual) and emerging adults are creating "interactive networks" through technology that draw beliefs from many traditions in an increasingly pluralist context. Religion is not one thing, and neither is science. There is "negotiation" on the personal level.

This collaboration shows itself in many of the vexing issues young adults must deal with as they become tomorrow's leaders. Genetic manipulation ushers in the "specter of eugenics"; there is climate change, sexuality, AI, transhumanism, the nature of race.

In these challenges Cootsona, in his ground-breaking and optimistic work, discerns a "unique American vitality" found in the interplay of the sciences and religions.

An interview with Cootsona is scheduled for Nancy's Bookshelf with Nancy Wiegman on Wednesday, March 4 at 10:00 a.m. on North State Public Radio, mynspr.org (KCHO 91.7 FM). 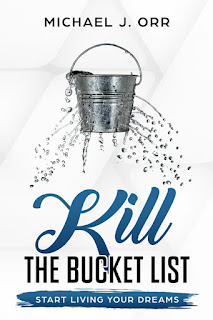 Novelist T.J. Tao said it: "Only by losing everything, do I gain the Freedom to build a life of uncluttered purpose." Tao is actually the pen name of Michael J. Orr, who writes that the aphorism "was a literal statement based on circumstances I was going through at the time. You see, I wrote that quote on November 11, 2018, three days after the deadliest and more destructive wildfire in California history had destroyed my hometown of Paradise."

He continues: "Ninety-five percent of the homes in Paradise were destroyed, including my own.... My family and I had, quite literally, lost everything: our home, our community, our jobs, our pets, and our belongings. ... That is where the Freedom came from, the idea that since we had to start over from scratch, where did we want to do it and what did I want to do?"

It led Orr and his family to move to Idaho. Wanting to write, he began publishing a series of novels under the T.J. Tao name (including "Burn Scar," which imagines the Camp Fire taking place on a ridge in Idaho) and, under his own name, a motivational "kick in the pants" called "Kill The Bucket List: Start Living Your Dreams" ($7.99 in paperback from WordsmithMojo Publishing; also for Amazon Kindle).

"Far too many of us, men and women alike," Orr writes, "have become comfortable in our discomfort, instead of using our discomfort to stimulate a change. ... What if you could choose to Kill Your Bucket List and live your dreams, instead of putting them off?" His answer: "YOU CAN!"

Readers may find that's just what they need.

"Secrets Under The Skin" 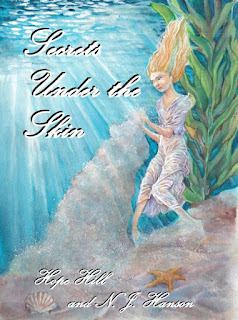 Chicoans Hope Hill and N.J. Hanson begin their novel with a splash. Seven-year-old Jocelyne (Jocy) Chambers, her two twin brothers, Jacob and Travis, now four, and their babysitter Lisa, journey to the Pacific Bay Aquarium. With her parents away on a business trip, Jocy finds it hard to keep her brothers in line and at the aquarium they sneak onto a catwalk above the shark tank. What could go wrong?

Hearing a shout, Travis turns but his "shoe slipped on the slick, wet metal and he pivoted to the left. His arms flailed in a desperate attempt to grab something, to steady himself, but he only caught empty air. Jacob reached for his brother, but it was too late. Travis fell screaming, and plummeted into the cold water of the shark tank." At feeding time.

The shark grabs Travis; in a moment, Jocelyn "dove headfirst, breaking through the water's surface. She'd closed her eyes before hitting the water, but once beneath the waves she found her vision as clear as crystal. A trail of blood led down to the shark swimming away with her little brother. ... She swam faster than should be possible, her hair streaming behind her like in a wind tunnel." And then she screams as the shark lunges.

"Her voice came out like a high-pitched, powerful shriek. A siren wail that vibrated through the water like a sonic wave. Schools of fish froze, stunned. ... And the shark, the deadly, powerful great white came to a stop."

"Secrets Under The Skin" ($8.99 in paperback from Ink Drop Press; also for Amazon Kindle) is a gripping story of self-discovery.

Years later, befriended by a school counselor named Mr. Otto, Jocelyn comes to understand that nothing is as it seems. Hill, an author, poet, and former foster child, and Hanson, lover of science fiction and fantasy, have crafted a tale with a cliff-hanger ending that will have readers craving for the next. It can't come soon enough.

The authors will be signing copies of their book at ABC Books, 950 Mangrove Avenue in Chico, on Saturday, February 22 starting at 11:00 a.m. and extending into the afternoon. The public is invited. 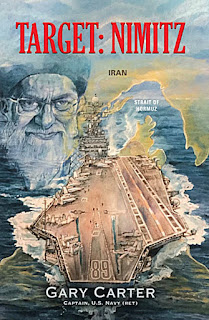 Gary Carter, an Orland resident and a retired U.S. Navy Captain who served aboard the USS Nimitz, has imagined a taut confrontation between U.S. and Iranian interests in the Strait of Hormuz. His timely historical novel starts in the Spring of 2006 in Tehran as the country's Supreme Leader, Ayatollah Hamid Javad Ghorbani, calls for plans to strike back against the Great Satan. "The primary target of the operation," he says "must be the zealot’s aircraft carrier Nimitz."

The President of the United States, Edward Michael Sheppard, is at first unaware of the plot. That will change.

"Target: Nimitz" ($17.95 in paperback from BookLocker.com; also for Amazon Kindle) follows Frank Warren, "assistant to the Assistant Secretary of Defense for Readiness; Captain, U.S. Navy (ret)," now living with his wife, Mary, in Northern California. That is, until Warren applies for the "assistant to the assistant" job at the Pentagon. Then it's off to D.C.

Carter draws on years of experience, and extensive research (the novel has 40 endnotes as well as a list of characters and a glossary of military acronyms), to bring the reader into the inner workings of the Department of Defense, the White House Situation (Sit) Room, and the Nimitz, now becalmed in international waters in the Persian Gulf with both nuclear reactors offline.

"Like a small town, an aircraft carrier has its own rhythm and pulse; it has unique sounds, smells, and routines, such as the shrill of the bos’n’s pipe marking certain events throughout the day. ... Sailors adjust to the gentle rolls and pitches that the sea induces on its 100,000-ton visitor."

Warren is worried about the Nimitz, "the mighty fist of American power." He learns that Iranian boats are "huddling" in several groups surrounding the carrier. How should the U.S. respond? Warren has an idea, an audacious plan involving a B-52--and who would have guessed, for a person in his lowly position, that he would be explaining it to the President in the Sit Room?

The writing will gladden the heart of Tom Clancy or Stephen Coonts fans, replete as it is with military detail and the tense question: What will happen next in the "fog of war"?