The story of Durham in historical photographs 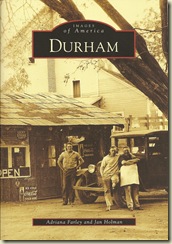 Durham residents Adriana Farley and Jan Holman, drawing on their decades-long research into community history, have just published "Images of America: Durham" ($19.99 in paperback from Arcadia Publishing, www.arcadiapublishing.com). Replete with 237 photographs from special museum collections and dozens of individuals, the book is an engaging anecdotal history of "The Town Where Volunteers Make a Difference."

"Durham" is available at various local outlets and the authors will be signing copies at the Durham Branch of the Butte County Library tomorrow night from 6:00 - 9:00 pm.

The book is divided into eight chapters, covering such areas as the founding families, farming, schools, and transportation. The authors write in an Introduction that "July 4, 1870, marked the turning point in the Sacramento Valley for transportation. . . . This was the day the California and Oregon Railroad tracks were completed into Chico from Sacramento and San Francisco. This track line marked the beginning of Durham and many other small towns."

More specifically, "the establishment of the Durham Post Office on February 27, 1871, and the completion of Durham's first flour mill in 1873 were the keys to the successful early growth" of the community. The town's economy depended on grain crops; but, "by the start of the 20th century, the first almond trees were being planted in the Durham area. Durham would become the heart of California's almond country. . . . The establishment of the Durham Land Colony by the state in 1918 had a marked effect on . . . introducing farming diversity and an irrigation system. . . . The agricultural base of Durham in 2008 includes thousands of acres of rice, almonds, and walnuts, with a few pecan orchards and field crops."

The photographs are fascinating, even more so if one has family ties to the area. There's a shot of "Hap's Beer Barrel," billed as the smallest restaurant in the world (three stools); the 1936 fire between Durham and Campbell streets, which destroyed the entire block; and Sitton's Groceteria store in the midst of the flood of 1937.

"Durham's identity," the authors write, "is not measured by . . . famous events. It is measured instead by its enviable quality of life, small-town atmosphere, volunteerism, work ethic, self-motivated youth and caring populace."

Posted by Dan Barnett at 6:56 PM No comments:

Seattle novelist has no known connection with Chico

Looking for a novel that will mess with your mind and have you wondering just who the crazy person really is? Looking for a science-fiction tale worthy of Philip K. Dick, but friendlier?

Then you might be looking for "Bad Monkeys" ($20 in paperback from HarperCollins) by Matt Ruff. (A smaller paperback version is due from Harper in August, but you really won't want to wait.)

When I wrote Ruff asking for some kind of Chico connection, he was kind enough to reply: "Sadly, I’ve never been to Chico, though I’ve probably flown over it at least once or twice. However, I do note that San Francisco is pretty close, and not only does Jane hail from there, but I’m sure she’d have been happy to come up your way and kill somebody if only the opportunity had presented itself."

"Jane" is Jane Charlotte and when we first meet her it is 2002 and "she is dressed in an orange prison jumpsuit," waiting. A man enters the white room Jane is in and introduces himself as "Dr. Vale." "Do you know where you are?" he asks.

She answers: "Unless they moved the room . . . . Las Vegas, Clark County Detention Center. The nut wing."

"And do you know why you're here?" "I'm in jail because I killed someone I wasn't supposed to."

But this is no straightforward crime novel. Dr. Vale notes that Jane claims to be part of a "secret crime-fighting organization called Bad Monkeys." Well, not quite. "We don't fight crime," Jane corrects Dr. Vale, "we fight evil. There's a difference. And Bad Monkeys is the name of my division. . . . The Department for the Final Disposition of Irredeemable Persons."

As Ruff fills in Jane's back story, we learn of the NC Gun, which kills using "natural causes"; the convoluted history of her brother, Phil; Jane's tracking of an evil janitor; the Scary Clowns (who "consider Las Vegas to be their fiefdom"), another secret and rival organization; guys named Wise and True; and a mysterious coin bearing the slogan "Omnes Mundum Facimus," "we all make the world."

Indeed, as Churchill said of Russia, "Bad Monkeys" is a "a riddle, wrapped in a mystery, inside an enigma." You'll go ape.

Posted by Dan Barnett at 6:55 PM No comments: 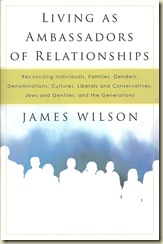 Posted by Dan Barnett at 6:54 PM No comments: 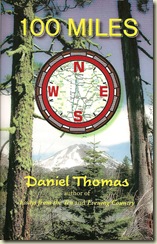 Posted by Dan Barnett at 6:52 PM No comments: