"The Trees Of Bidwell Park" 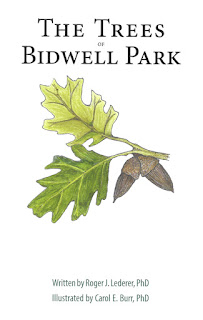 During a 1905 celebration thanking Annie Bidwell for the donation of Bidwell Park, she told those assembled that "a sadness has at time oppressed me as the thought has been borne in on me that some day the beautiful, beloved Chico creek would be destroyed by the diverting of its waters and the slaughter of its trees."

For Lederer, stewardship and awareness are keys to the preservation of Annie's legacy. To that end comes "The Trees Of Bidwell Park" ($19.95 in paperback from Stansbury Publishing) with color illustrations by Carol Burr. It's a companion volume to the couple's "The Birds Of Bidwell Park" and is available locally from Made In Chico, Bird In Hand, the Bookstore downtown, ABC Books, and Magnolia Gift And Garden.

The book is dedicated to botanist Wes Dempsey, now retired, who "for over a half century has led trees tours of Chico." Think of this essential volume as a tour in print form of the park's tree variety.

From trees found only on the university campus (considered by Lederer "the western end of the park"), to many common species found in upper, middle, and lower park areas, the entries are designed "to stimulate your interest in the tall, stately plants around you. ..."

The guidebook lists families of trees in the park, shows various leaf shapes, and provides a glossary and index to the trees. But the glory is in the trees themselves, each given a page showing its leaves and the tree's shape, along with a description, general location in the park, and interesting facts. Though not comprehensive, the listings help readers "see" more clearly what is all around them and too often taken for granted.

There's the Dawn Redwood, once thought extinct, which is found on the university campus. Then take the Pacific Ponderosa Pine, which grows throughout the park. "Some people describe the scent of the bark as turpentine-like while others smell vanilla or butterscotch; some find no smell at all."

Get the book, then marvel at the trees.

"Far From Home: A Story Of Loss, Refuge, And Hope" 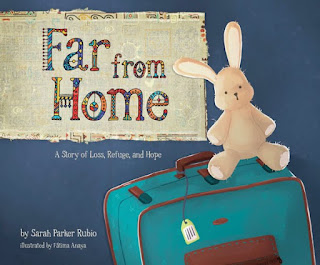 Chicago-based children's book editor Sarah Parker Rubio was born in the US but grew up in Costa Rica and Ecuador and is married to a Columbian composer. One day she heard a story about the global refugee crisis, and could hardly imagine what she'd tell their two sons if suddenly the family had to leave for another country.

Yet she realized that the children and their parents caught in such a crisis were not so different from her own family. She imagined "a little boy who ... surely loved his bed and his toys and his grandparents. ... But the little boy in my imagination had to leave it all behind just because of where and when he had been born."

So she wrote "Far From Home: A Story Of Loss, Refuge, And Hope" ($14.99 in hardcover from Tyndale Kids; also for Amazon Kindle), beautifully and sensitively illustrated by Fátima Anaya.

A young boy, clutching Rabbit, is suddenly awakened one morning by his parents. "We have something to tell you," his father says. "I opened one eye. Mama and Daddy tried to smile. 'I don't think I want to hear what you're going to say,' I said. I was right."

Eventually they arrive at a place where others like themselves are waiting, and a wrinkled old woman tells him a story about another boy long ago who also had to leave his home suddenly.

"His mama and daddy tried to tell him why, but nothing they said made any sense." But he survived. "He grew up and helped many people. He could heal people when medicine didn't work. He could feed a crowd with one person's food. ... But he never forgot what it was like--the leaving and the waiting and the different."

We realize loss, too, is part of the Christmas story. On the last quiet page Matthew 2:13-14 says it: Jesus' parents must flee with him to Egypt. Yet "no matter what we have lost," Rubio has written elsewhere, "there is Someone who never loses us." 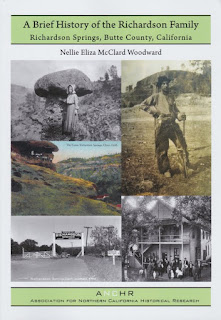 A century-and-a-half ago, a man named Pierce Richardson traveled from Iowa to Chico. He established his family's ranch, encompassing about 5000 acres, north of Chico in a place called Mud Creek; four brothers, two sisters, and other family members moved from Iowa to the ranch or lived in the surrounding area. Eventually the ranch was developed into the Richardson Springs Resort, famous around the world for its healing mineral waters.

But just who were the Richardsons? Thanks to ANCHR, the Association for Northern California Historical Research, we have the answer. "A Brief History Of The Richardson Family, 1775-1924" ($16.95 in paperback from anchr.org, which lists local businesses carrying ANCHR publications) takes its title from material compiled by Nellie Eliza McClard Woodward, one of Pierce's nieces, in 1924.

The editors (Josie Reifschneider-Smith, Ron Womack, Mike Boggs, Michelle Rader, Nancy Leek, and David Brown) have also included extensive excerpts from family letters (1845 through 1906); additional historical photographs not found in the original Woodward manuscript; a brief history of the family in California by Larry Richardson, Pierce's grandson (written in 1960); and an article by Ron Womack about Pierce.

The book is a compendium rather than a continuous narrative and invites browsing. Pierce is an especially interesting character. In a letter dated May 13, 1868, Pierce, in Chico, sent his brother William, then living in Centerville, Iowa, the following observations:

"We have commenced cutting hay here," he writes. "Crops are going to be good here this year. ... Politicks is running very high now. I hope that Grant ... will get beat so bad he will be ashamed to own that he ever run for President. ... I am nocking along here at $40.00 per month. I never go to church or to dances or gamble or drink any. So I am about the same, only getting oalder very fast. I am as gray as a rat." (The spelling is Pierce's.)

Though a few pages are devoted to the early history of Richardson Springs (named when the resort was established in 1908), the focus is on how a big, ordinary family made its way in the Chico area so long ago. 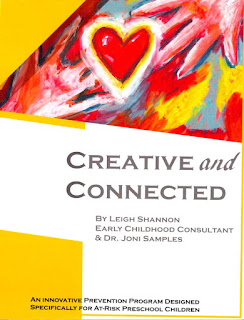 Dr. Joni Samples, former Superintendent of Education for Glenn County and past columnist for this newspaper, asks an important question: "I have become concerned about the huge upsurge of adult opiate use. ... How does living with a parent having some issues, whatever they might be, affect a child’s brain development?"

Together with Early Childhood Specialist Leigh Shannon the two have published a detailed fourteen-lesson curriculum "specifically for at-risk preschool children." "Creative And Connected" ($19.95 in paperback from Engage Press, creativeandconnectedchildren.com; purchase includes a password for teaching materials access) is designed for preschool facilitators, but its insights can be helpful for anyone caring for children. (A faith-based version is also available.)

Lessons address four domains: Feeling (identifying emotions and responding responsibly); cognition ("how to think first in resolving conflict"); psycho-motor (bodily expression); and what the authors call "mindfulness" ("learning a sense of self and the beauty within, sense of others, sense of beauty in nature, classical music, and sense of love and peace").

Because "some at-risk children ... have difficulty dealing with emotional pain," each lesson emphasizes "building self-confidence and exploring and mastering connectedness" all within an environment of encouragement (which, the authors add, "does not alter consequences"). "When these children begin responding ... the teacher will be quick to say, 'Lisa, you did it! You did it! You didn't hit! You didn't kick! You yelled, "I'm mad!" You are learning!!'"

The authors lay out the purpose of each lesson and offer "brain connections." For example, "Children who are at-risk and lack self-trust are coming from stress and fear much more often than other children. Their amygdala is activated much more often from fear. Improvisation allows them a safe place to be spontaneous and to feel joy."

Three lessons cover "sexual abuse, violence, and addiction" and note that facilitators need permission from parents or guardians before bringing children into the discussion.

"Some children," the authors write, "have been taught not to trust. Three dysfunctional rules 'taught' in substance-abuse homes are: We don't feel, we don't trust, and we don't talk about real issues." But "through movement, the children's natural language, and through music that reaches his heart, the child begins his/her journey toward self-trust."