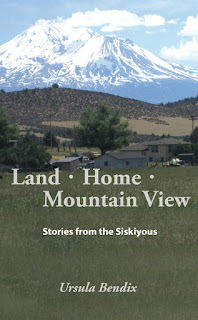 "How could she possibly relay what thousands of square miles are like to callers who think San Francisco is Northern California?" That's the question fictional real estate agent Ingrid Fromm asks herself about the glory of Siskiyou County in the short story collection that depicts her encounters with interesting (read: quirky) clients.

The county, Fromm muses, is "the size of Rhode Island and Connecticut combined.... You can get lost here, stake out your territory, and retreat to a lifestyle reminiscent of rugged individualism and grit...." And there are pretty good views of Mt. Shasta.

Author Ursula Bendix, Peace Corps volunteer and Spanish teacher, was born in Germany in 1945 and with her family immigrated to Oregon when she was ten. Now the owner/broker of Bendix Real Estate in Yreka, she has crafted a series of deceptively simple stories about her counterpart Fromm (also in real estate in Yreka).

"Land - Home - Mountain View: Stories From The Siskiyous" ($13.95 in paperback from Memoir Books, an imprint of Chico's Heidelberg Graphics; also for Amazon Kindle) presents ten vignettes, tales of clients narrated from Fromm's point of view, that in quiet ways begin to expose the soul of a woman in her sixties, divorced after thirty-four years of marriage, with a son and daughter, living a "conventional" life.

Fromm's work makes her almost a voyeur into the lives of her clients. "Voyeurism, she knew, was a means by which she tried to discover and comprehend the nature of intimacy. She was sure that once she understood this feeling, she would understand the essence of living.... Selling real estate gave her the opportunity to meet all types of personalities and, for a short while, become intensely involved in their lives."

Zola Poe wants to build a "spiritual and holistic retreat" near the town of Hilt. A couple is interested in a strange house with a trapdoor in Dunsmuir. Foul-smelling Patrick meets a sad end. Ingrid imagines a fling with her client, Russian Boris Volkov. ("We're all in our sixties after all--what difference did it make?")

A conventional life? Perhaps--but one that will draw readers into its gentle passion.

Email ThisBlogThis!Share to TwitterShare to FacebookShare to Pinterest
Labels: real-estate 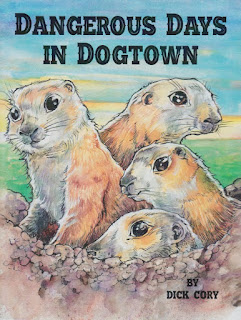 When he read about a controversy over prairie dogs in New Mexico, how they might be wiped out of existence by "changing farming practices and development," he created a story for young people told from the perspective of Percival the prairie dog. Percival falls in love with Ida Mae, and together they realize that "both of our families (coteries) may soon have to move if two-legs standing (people) have their way."

"Dangerous Days In Dogtown" ($15 in paperback, self-published, available at Made In Chico and through the author at ubangarang@yahoo.com) is not a story about the old upper Ridge area, but one about a very different "dogtown," captivatingly illustrated by Steve Ferchaud.

A brief glossary notes that a "coterie" is "a family group of prairie dogs made up of a male, one to four females, and their young, up to two years." They aren't really dogs, Cory explains, but "are most closely related to squirrels" and now range over only two percent of the land they did in 1900. Bottom line: "Studies show that the prairie dogs really don't compete for grass with cattle and bison."

After introducing Percival's family, the story takes an ominous turn as he watches the "grass grabbers" (humans) "bury poison seeds that smell like burnt nuts and cause us to die when we eat them.... Some take shots as us with their hollow tube shooters (guns)."

Even worse, "the grass is drying without water, too many four-legged milk-making gas-belching animals are eating what grass is left. Pups are being orphaned by this war on us. What can we do?" Ida Mae adds: "Doesn't anyone care for us? Do the legislators in our capitol not hear our barks?"

In the end Percival and Ida Mae make their choice. "We will stay and fight for our homeland. One day the two-legged standings will realize that our bark is better than their blight."

Doggone if it's not a small tale that needs watching.

"The Sounds Of Worship (The Cult Of Sound)" 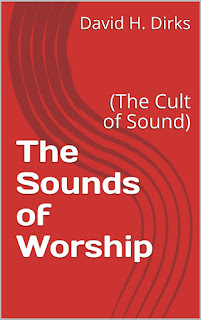 Technology is crucial in bringing a worship experience to those sheltering in place. Yet technology can also be a barrier to "authentic worship." That's the claim made in a new book directed especially to conservative evangelicals.

Designed to be read by church leadership, "The Sounds Of Worship (The Cult Of Sound)" (self-published and available on Amazon Kindle) offers a "theology of sound" for churches with around 100 or so in attendance.

Can those who sing or speak be heard clearly? Is the sound in the room too loud or too soft? The book provides basic technical advice on setting up sound systems, creating the right mix for band members and the congregation, and the importance of the FOH--the "front of house," "the person who mixes the sound for the congregation...."

But here's the key question, Dirks writes: "Are the sounds that you make, whether as a musician or an engineer, consistent with sounds that honor and glorify Christ? ... When we exalt our talents and abilities and elevate our technology as the source of the power in worship, we turn worship on its head. We practice 'the cult of sound.'"

Instead, "sound should seamlessly reinforce the worship time.... All glory should go to God." Beware "the deceptive emphasis on the worshiper as a consumer." Authentic worship is from the heart, in a spirit of joy.

The last part of the book is a jeremiad, a lament over how technology consumes our attention. Is a tech sabbath needed?

The balance is difficult: "﻿My life’s work is based ... on the use of technology.... At the same time, it is incumbent on me and each believer in the all-sufficient work of Christ and His resurrection to place boundaries on the use and influence technology has on day-to-day living and ... within the time of worship that we share together."

Dirks' book seeks to be a companion in that challenge.

"An Education In Ruin" 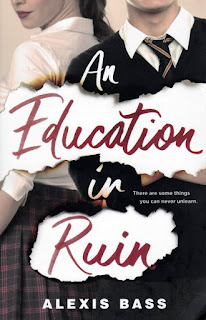 The Rutherford Institute welcomes high schoolers from the moneyed class, those "with bright futures and lush lives." But for new third-year student Collins Pruitt, who tells the story, her arrival at the boarding school is the start of a mission having little to do with learning.

She focuses on the Mahoney boys, Theo and Jasper. Especially Jasper. He's a fourth-year, the school's lacrosse champion, "accepted early to Dartmouth after being lauded into academic stardom last year when he won the national academic decathlon. ... He spent last summer interning at Robames Inc., a world-popular company because their founder is a twenty-year-old Yale dropout and a Rutherford graduate herself."

If Collins can get Jasper to fall in love with her (and she is convinced by her aunt Rosie that she can), Collins can leverage the relationship to force his married mother, Marilyn, who dotes on her sons, to stop her affair with Collins' divorced father, Jacob, on whom she dotes. Simple.

Except not so simple. As the deliciously dishy tale unfolds, it turns out no one is who they seem to be. Take Rob (Roberta) James, head of Robames, plagued by a personal lawsuit that threatens to bring down the company. She's invented a medical device that quickly analyzes DNA (or something), but she's a total fraud. (The parallels with Elizabeth Holmes' Theranos are quite clear.)

Jasper knows yet refuses to blow the whistle on Rob. Why? Collins is falling in love with him and in searching for the answers with her group of friends, Anastasia, Stewart, Sebastian, and, yes, Theo and Jasper, secrets inside secrets are revealed. Can love flourish when all the truths come out?

In the end, Collins writes, "there are some things that are too complicated to understand unless you know the whole of it. The entirety. What came before what comes comes after. The broken-down parts, each piece making both the foundation and the destruction. A moment-by-moment recount until the abhorrent conclusion."

Readers may be so engrossed in "Ruin" it will ruin their dinner plans.