So you want to go rural? 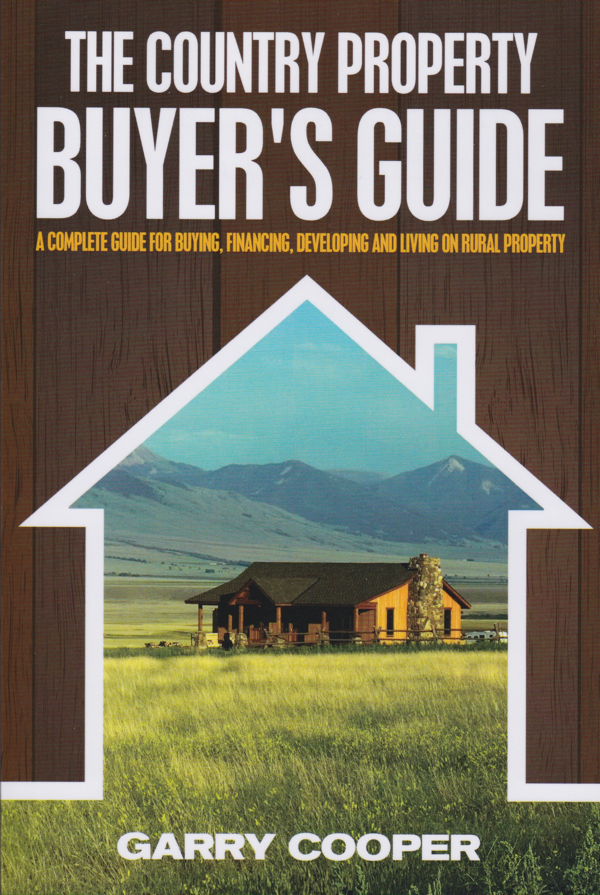 If you’re thinking of buying a hunk of land off the beaten path, consider “The Country Property Buyer’s Guide” ($19.95 in paperback from CreateSpace; also for Amazon Kindle). The subtitle says it all: “A Complete Guide For Buying, Financing, Developing And Living On Rural Property.”

“This book,” writes author Garry Cooper, a Chico State University grad and California real estate broker, “will take you for a relaxing stroll through the world of buying and developing country property.” Cooper says he’s been “developing bare land into country home sites for nearly forty years,” and it shows. Reading his work is like sitting down with a guy who knows his way around the fence posts and is not afraid to “tell it like it is.”

The longest of the three sections focuses on finding and buying country property. Cooper’s message: think it through. “Let’s say you want to move to the country so you can enjoy living on a creek where you can fish and swim from your own property, let the kids raise some hogs for 4-H.” Then you realize the bus trip to school is a long ride, the attractive creek is in an area known for illegal activities, and there’s no power.

If you still want to proceed, Cooper is a seasoned guide. In choosing the right property “probably the three most critical factors are the water availability, the sewage disposal, and the availability of electricity.” Need power? “Out here, we use a rule of thumb of about five thousand dollars per pole!”

The second section provides tips on development including what Cooper calls “macroscaping,” “the art of ‘painting a picture upon the earth, using a bulldozer, a backhoe tractor, and a chainsaw as my brushes!’” A short final section offers help in being a good neighbor. “Use your head for something other than a hat rack for that new cowboy hat you’re sporting! Get your fences in place permanently so they are built specifically for the type of livestock that you plan to get before you get them.”

The stroll is eye opening, the book a must-have for those going rural.
Posted by Dan Barnett at 9:00 AM No comments: 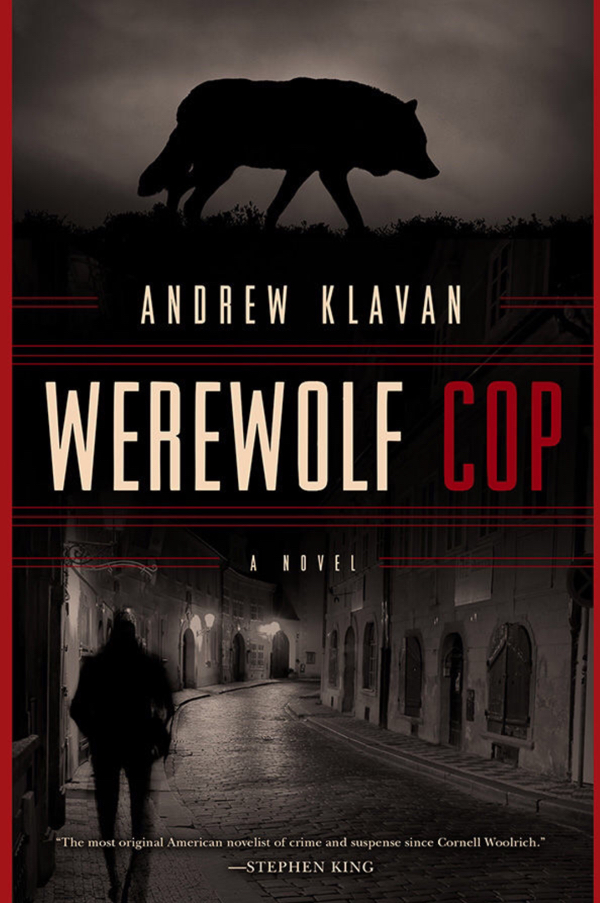 When former Paradise resident John Wilson, who is the editor of Books and Culture (booksandculture.com), tweeted that I should read Andrew Klavan’s new thriller, I encountered a violent, bloody exploration of supernatural evil that, like a book on anti-gravity, I couldn’t put down.

“Werewolf Cop” ($25.95 in hardcover from Pegasus; also for Amazon Kindle) starts with a horrific murder scene: “Lots of bodies. Lots of blood. So much disassembled humanity....” Detective Zach Adams and his agent partner Martin Goulart (the duo nicknamed “The Cowboy and Broadway Joe”) work for Homeland Security’s elite, shadowy “Task Force Zero”; they realize the scene is the work of Dominic Abend, a “criminal mastermind” sowing disorder in Europe and now New York.

The handsome Adams is married to Grace, a “Proverbs 31 wife” whom Zach loves deeply. “This was no mere matter of emotion to him. It was a profound fact of his existence.” Their two young children, a son and daughter, idolize their dad. And yet, earlier in the marriage, Zach was seduced by beautiful Margo--and now she wants back into his life.

“Zach Adams never excused himself for anything. He carried in his mind a precise catalogue of his moral errors going back to the age of three, and he lost sleep over all of them.” He is about to lose much more sleep.

Though the novel appears to be a police procedural in its first quarter, a clue that something supernatural is going on with Abend leads Adams into an encounter with a strange woman in Germany. She reveals the ancient curse of the werewolf and the existence of a dagger coveted by Hitler. And Adams himself is transformed into a wolf, rapacious eater of human flesh, who continues the quest to find the dagger before Abend can use it to more fully channel the evil Presence overtaking the world.

Klavan ushers us into Zach’s mind, the flawed cop striving to do the right thing, and the wolf-desire beast who wants to kill and eat. Here, in the midst of horror, the reader will find “mysteries, questions, and possibilities” and will be shaken to the core.
Posted by Dan Barnett at 9:00 AM No comments: 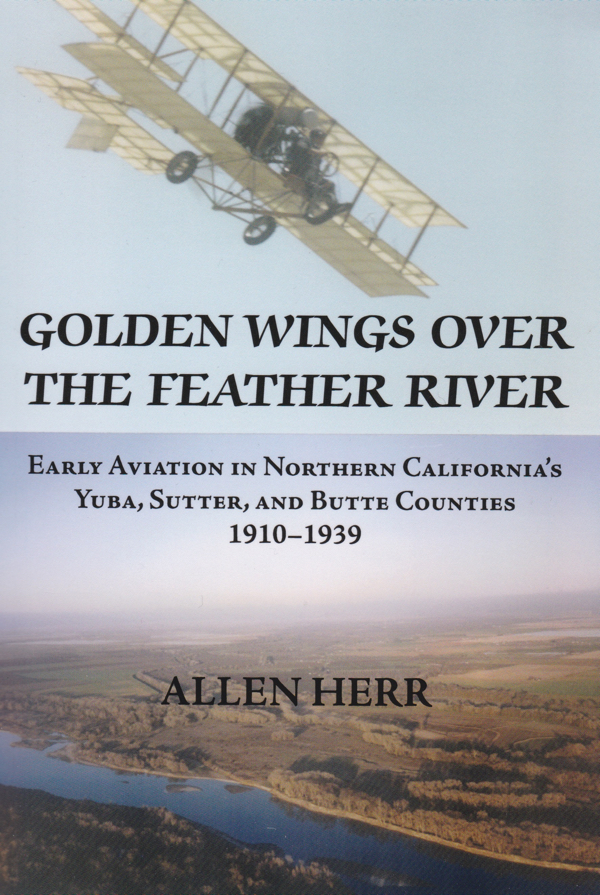 Allen Herr lives in Yuba City and from that vantage point he has traced the history of flight as it first came to the Sacramento Valley. Though aeroplane flying started in the East in 1903, “it didn’t begin on the West Coast until 1910” with the first “powered, controlled, and sustained flight” in California’s Dominguez Hills. (Herr writes that “it took fifteen years following the Wrights’ first flight for the word aeroplane to morph into airplane” at the start of World War I).

And so it began. The story of those early years is carefully, lovingly and comprehensively presented in “Golden Wings Over The Feather River: Early Aviation In Northern California’s Yuba, Sutter, And Butte Counties 1910-1939” ($29.95 in paperback from Stansbury Publishing). Dozens of illustrations help document the accomplishments of our own aviation pioneers.

Also in 1910 “Thaddeus Kerns, a Chico teenager, was the first Butte County resident to build and successfully fly an aeroplane. ... A 25-horsepower Gray Eagle motor powered his first Curtiss and it got him off the ground but just barely. He had only a few miles per hour between his stall speed and his cruise speed at full throttle. On hot days or with poor gasoline, he couldn’t get off the ground at all.”

Herr traces the rich history of northstate aviation during the “Exhibition Years” (1909-1914) and on into the postwar era. Anecdotes abound, including the story of Lyman and Jeanette Doty, brother and sister from Biggs and avid fliers. In 1917 she “sent a telegram to President Woodrow Wilson offering her services as a volunteer pilot. The self-proclaimed eighteen-year-old (she was actually twenty-six) aviatrix said if the military would not take her she planned to join the Army Aviation Reserve Corps.” She told a reporter, “I believe I am as capable of performing scout, observation, piloting, or other military duty as any man flyer.”

Aviation buffs will be enthralled. And that’s the plane truth.
Posted by Dan Barnett at 9:00 AM No comments:

Quest for the unholy grail 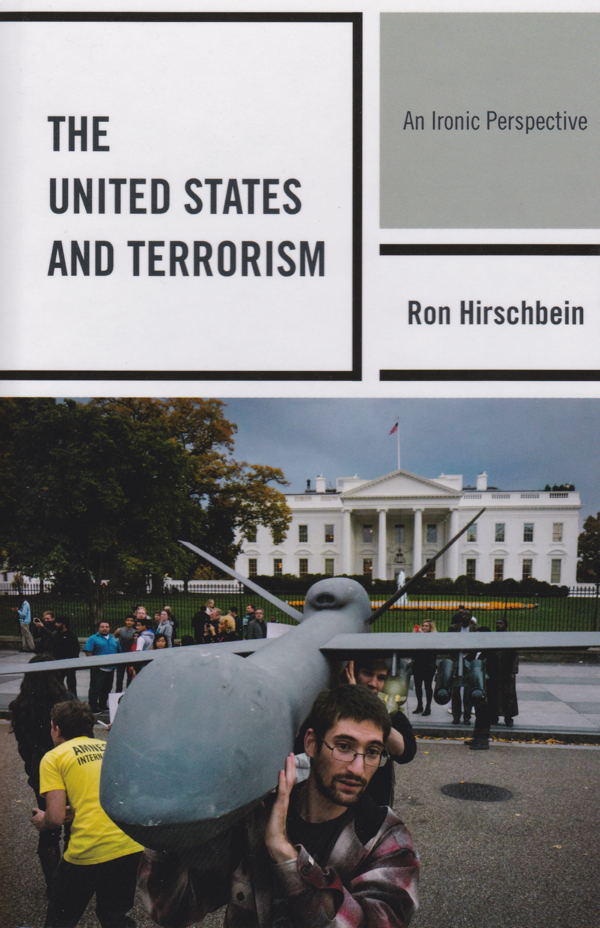 Ron Hirschbein is an ironist, a man of the left who takes exception to American exceptionalism, one whose professional mission is to bring to light the mismatch between elite-produced propaganda and “what’s really going on.” A long-time philosophy instructor at Chico State University, where he focused on war and peace studies, Hirschbein now teaches grad courses online for Walden University and writes articles and books.

In “The United States And Terrorism: An Ironic Perspective” ($65 in hardcover from Rowman and Littlefield), Hirschbein traces the quest for the “unholy grail,” as he puts it: an academic definition of terrorism “that dissolves any doubt about the notion ... the final answer that reveals the essence of terrorism and determines whether American officials should be condemned or exonerated from charges of terrorism.”

Such a quest is doomed to failure, though, because the meaning of terrorism has changed with changing historical contexts. “I wrote this book,” Hirschbein says, “because I’m beset by radical and persistent doubts about prevailing accounts of terrorism.” His is an effort to overcome “historical amnesia” in noting that, in the past, “terrorism was praised as an indispensable strategy for winning wars (World War II), and for keeping the peace (the Cold War)” (think of the doctrine of “mutually assured destruction”).

Today, though, “we war against terrorism although we’re not entirely sure what it is.”

The book’s five chapters trace the contexts of terrorism in World War II, the “nukespeak” of the Cold War, the conflicts in Korea (“the forgotten war”) and Vietnam (“the war we can’t forget”), the post-9/11 world (where the “War on Terror targets subnational groups engaged in activity deemed unlawful”), and “Terrorism as Entertainment” (with an extended treatment of the “well-crafted” series Homeland).

Throughout, Hirschbein notes that “the salient issue is noncombatant casualties.” Critic Noam Chomsky “detects considerable irony in prevailing definitions that (appropriately enough) indict non-state, retail terror while ignoring the wholesale terror visited by the United States and other great powers.”

The book is a cautionary tale, a “guided missive,” about the dangers of hubris and the changing definitions of terrorism to suit those in charge.
Posted by Dan Barnett at 9:00 AM No comments: