“We Never Asked For Wings” 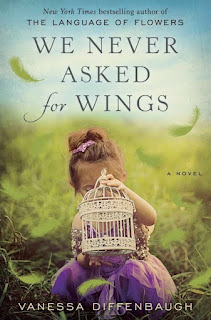 Chico High School graduate Vanessa Diffenbaugh, author of the highly acclaimed “The Language of Flowers,” returns with the story of Leticia Espinosa (Letty), a thirty-three-year-old mother of two, by different fathers, struggling to make sense of life in a poor section of the Bay Area.

“We Never Asked For Wings” ($27 in hardcover from Ballantine Books; also for Amazon Kindle) is about transformative change. “Letty had been a teenage mother, despondent and suffering from a heartbreak she’d tried hard to drink away.” Now Alex was fifteen, Luna six. For all of their lives they had been cared for by Letty’s parents, Maria Elena and Enrique.

Though Letty had been born in the US, her parents were undocumented. “They had stayed for the birds,” Alex realized. “Unless it was to return to Mexico, his grandfather had refused to leave his perch beneath the Pacific Flyway. …”

Letty “knew nothing about children. … So she went out and got a job, and then another, and then a third, while Maria Elena stayed home. … When she wasn’t working, she’d been asleep or hungover. … For fifteen years that had been their arrangement, and it would be their arrangement still, if Enrique hadn’t gone home to see his dying mother and not come back.” Enrique is a master artist using bird feathers, and now they belonged to Alex.

When Maria Elena leaves to join her husband in Mexico, Letty must learn how to care for her children. Something begins to grow inside her, “a glimmer of curiosity, a desire for knowledge she hadn’t felt since high school.” She meets Rick at her bartending job, and when Alex’s dad, Wes (now a doctor at Stanford) returns to their lives, Letty must make a crucial choice.

Young love begins to grow between Alex and neighbor Yesenia. Alex is smart, and Letty, through a bit of deception, manages to enroll him in a top tier high school, where his brilliant science fair experiment (about bird feathers and climate change) threatens to bring their world crashing down.

There are no wings to soar above the mistakes in life, but perhaps there is another lesson to learn from the birds.
Posted by Dan Barnett at 9:00 PM No comments:

“God And The Sexual Metaphor” 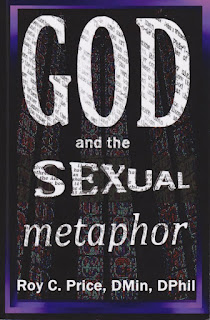 “It is a question that has challenged me for years,” writes Roy C. Price, former pastor of Paradise Alliance Church. In reading through the Bible, “I was struck by the frequent references to God accusing Israel and Judah of adulterous behavior.” Why this image, not “lying (the tongue), theft or the violence of murder, but the most private, personal activity of humanity as the metaphor of choice? What does this tell us about sex and about God?”

The result of his investigation is a clarion call for contemporary society to understand that “sex was specifically designed by God to be an expression of trust; trust based upon integrity, so that the commitment to give one’s body to another person is not trashed like used tissue. God doesn’t use people and throw them away. His commitment caused Him to become a human being, suffer rejection, misunderstanding, and finally crucifixion from the explicit motivation of love.”

In “God And The Sexual Metaphor: Theological Implications And Behavioral Guidelines” ($19.95 in paperback from Global Educational Advance), Price, who dedicates the book to Sandra, his wife of 58 years, has an admonishing word for the church as well: “It is evident that the church has not been able to convince its own constituents or the secular culture that the boundary of a heterosexual monogamous marriage is best for the individual and for society.”

Price argues “that as a person understands the true spiritual nature of sex, they will be more willing to respect and implement the disciplines of delayed gratification and confinement of sex to the covenanted marital relationship of a man and woman.”

He addresses the practical question of how a person, living in an “orgasmic culture,” can retain integrity. Drawing on 2 Peter, he offers an inductive Bible study on Christian spiritual formation and the work of the Holy Spirit in the “non-stop battle of the flesh versus the Spirit.”

The church has frequently erred in its “repeated attempts to control behavior through rules, intimidation, anathema and other degenerate forms of manipulative discipline.” By contrast, and for Price the last word in his thought-provoking and heartfelt book, “God is the source of grace and healing.”
Posted by Dan Barnett at 9:00 PM No comments:

“What Did You Do In The Great War Grandpa?” 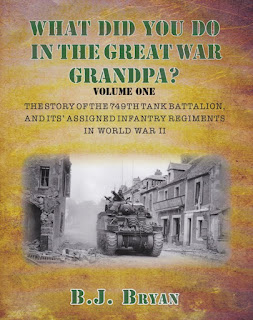 B.J. (Bonnie) Bryan, herself a veteran, writes that at “71 I was honored to go on the Ride for the Wall from Magalia to Washington, DC in honor of all veterans but especially the Vietnam vets as many of them did not get a welcome home.” Almost a decade later the Paradise resident has compiled her “brother-in-law’s journals during World War II that he sent me after he returned stateside.”

They appear in two large paperback volumes entitled “What Did You Do In The Great War Grandpa?: The Story Of The 749th Tank Battalion And Its Assigned Infantry Regiments In World War II” (Volume 1, $24.95; Volume 2, $18.95, from Beautiful Wrinkles Press; available from Amazon.com).

Volume 1 begins with a dramatic speech to American troops in Britain, at the start of US involvement, by “Old Blood and Guts” himself, Lt. Gen. George S. Patton. “You are not all going to die. Only two percent of you here, in a major battle, will die. Death must not be feared. … Sure, we all want to go home. We want this thing over with, but you can’t win a war lying down. The quickest way to get it over with is to go get the bastards!”

The journal entries that follow, by contrast, are laconic. Paragraph by paragraph, Humphries documents deployments. July 4, 1944: “Enemy units were located at the front lines north of Bolleville that included the 920th, 921st, and the 922nd Inf Regts [infantry regiments] of the 243rd Inf Div. They continued a stubborn defense from hedgerow-to-hedgerow using small groups of men for this delaying action. Enemy artillery and mortar fire was steady throughout the day.” Entries will appeal especially to military aficionados.

VE Day, May, 1945 (“sabotage and sniping remain a constant threat to security with German companies in a state of chaos”), “the 311th day in combat for the 749th Tank Bn. … Clear with good visibility. Combat efficiency and morale were excellent.”
Posted by Dan Barnett at 9:00 PM No comments:

“Woman On The Verge Of Paradise” 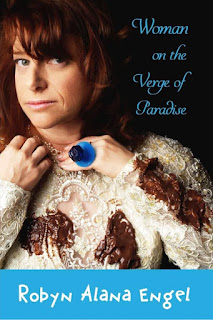 For Paradise blogger Robyn Alana Engel, it’s “Life By Chocolate” (rawknrobyn.blogspot.com), “finding sweetness in the light and dark” even in “the challenges of dating (and) my related rationale for celibacy.”

There’s history behind all this, and it’s on display in what Engel calls her “memoir-ish novel”: “It’s 100% true and 100% creative. We’ll call it creative non-fiction.” And readers are duly warned: “I do not recommend this book for: 1) Children 2) The Narrow-minded or 3) Martha Stewart.”

In “Woman On The Verge Of Paradise” ($12.99 in paperback from CreateSpace; also for Amazon Kindle), a narrator named Robyn Engel charts the course of a life beset by naiveté, emotional turmoil, a series of failed men-counters, all haunted by the number thirteen. Her list at the end of “alternative book titles” gives a hint of what lies within: “Fifty Shades Of Erectile Dysfunction”; “Robyn Engel: A West Coast Carrie Bradshaw Minus The Sex, Glam, Glitz, and 5,000 Square Foot Closet.”
Loved by her mother, emotionally ignored by her father, Robyn is in search of acceptance. She attends UCLA, becomes a social worker, is quoted in the 25th anniversary issue of Penthouse Magazine in 1994, and is constantly on the prowl for romance (i.e., sex).

“I hated being unmarried, without kids, and a thirty-something year old virgin. I felt like there was something horribly, embarrassingly wrong with me.” Finding the “right guy” was a challenge. Even Simon doesn’t work out; he “was blind date number 12,462.”

“So,” she laments, “like hundreds of thousands of single marriage-minded Jews worldwide, I registered with Jdate dot com. This highly popular Jewish dating site assures ‘no more blind date blahs.’” They lied.

Eventually Justin enters her life, thirteen (!) years older than Robyn, who is nearing 40. They marry, but Justin’s explosive anger fractures the relationship. Divorcing, Robyn moves from the Bay Area to Paradise, tries the Chico dating scene, and starts a blog, striving for “sass and inspiration.”

There is no fairytale ending. Yet there is hope: “I’m on the verge … of believing to the depth of my being that I’m worthy … my life adds importance to this world. It’s significant, because I am.”
Posted by Dan Barnett at 9:00 PM No comments: